Building communities by putting effort and value into them will increase audience reach, engagement, and popularity. As a result, this aids businesses in connecting with their target market on social media and increasing sales.

One such medium, YouTube—the website with the highest organic traffic in the world—has become of utmost significance for influencer marketing objectives.

YouTube is the largest platform for social media influencers in India. It’s likely that whenever we want to learn anything new, we wind up on YouTube. The uploaded videos are educational and popular learning tools due to their audio-visual appeal.

Due to the increase in the consumption of video content, there has been a rise in the number of YouTube influencers. With the help of their content, they are able to reach a large number of people. Prior to making a purchase, the opinions of the influencers are considered. They have a significant degree of influence over their followers.

Over the years, YouTube’s algorithm has altered to favour viewer satisfaction over the overall number of clicks and views. The idea that one algorithm ranks all of the material on YouTube is a common misconception among marketers.

Let’s read on to know how exactly the YouTube Algorithm works:

The real algorithm behind Youtube is that it works on the feedback or the preference of the viewer. It will recommend the content as per the interest of the viewer on the basis of the previously watched or liked videos.

The videos that are recommended to certain users are chosen by the YouTube algorithm. Additionally, the algorithm aids in distributing videos across the network so users may view and click on the content.

As a result, the videos that are displayed on your home page differ from that in other people’s feeds. This is the magic of the YouTube algorithm.

The YouTube algorithm chooses videos for users with the intention of finding the most relevant content for them and keeping them engaged. On the platform, YouTube videos may be found in six distinct places.

In order to fulfill the interests of the user as best as possible, YouTube employs a well-defined AI-based system that determines how videos will show at these 6 sites:

Naturally, YouTube wants to make sure that the keyword or keyword variations that the user searched for are included in the title and/or description of your video when displaying these results.

After understanding the technicality of how the YouTube Algorithm works, let’s take a look at the top Youtubers in India as of July 2022:

Over the years, YouTube’s algorithm has undergone numerous changes, leaving companies and creators wondering why their old strategies are no longer effective.

But even when the YouTube algorithm changes, remember that the platform’s aim is still to increase the number of viewers and interactions with YouTube videos. 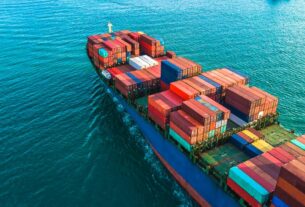 How Important is the Shipping Industry 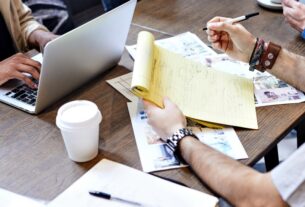 How Covid-19 affected the Business of People