Communicating the Legitimacy of Your Products through a Key Opinion Leader

What makes the CBD Packages Most Attractive

How Important is the Shipping Industry

Using just a Forum to Profit from Crypto Exchanges 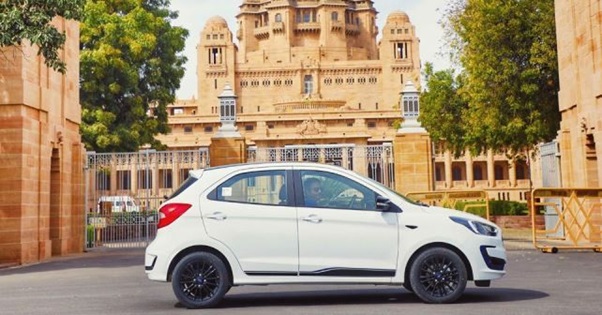 Ford Motor Company, in India, has one of the most expansive range of cars, with models ranging from the small Figo to the mighty – and almost monstrous – Endeavour. Where the Figo comes across as a mid-size hatchback competing against the top-selling Maruti Suzuki Swift, the Endeavour is a full-size SUV that stands tall against the super reliable Toyota Fortuner and the newest entrant in the segment, the tech-laden and super imposable MG Gloster.

The American automaker also used to have the mighty Mustang in its product portfolio for India until very recently. After all, the enforced BS-VI emission standards resulted in the discontinuation of many vehicles that weren’t just ready to meet the stringent norms.

Over the years, Ford Motor Company has established the Mustang nameplate to be synonymous with raw power, gruff, and a muscle body. However, things are about to take a U-turn as the maker has, just a smidge over a year back, announced an electrified version of its muscle car, which is dubbed the Mustang Mach-E.

The Mustang Mach-E is not just Ford’s first electric vehicle in the globe, but it is also the first addition to the Mustang family in 55 years. Now, Ford says that the Mach-E has its styling and performance inspired by the muscle car, the standard Mustang. However, it looks a bit odd, curiously strange, given its proportions.

As said earlier this is the American automaker’s very first fully-electric model, and it will be going up against the likes of the Tesla Model Y in the international market. It is also the first production-spec model to emerge from Ford’s Team Edison, a 70-strong Detroit group tasked with designing the firm’s next-generation EVs.

Now, starting with the numbers, the Mach-E with the Mustang inherits measures just about the same length as, say, a BMW X3, since Ford says it is rated at 4,710mm long. However, it looks more like a crossover than an outright SUV, since, as per Ford cars, the height of the car is a low 1,600mm, which is even lower than BMW’s Coupe-SUV, the X4. Moreover, the Mach-E offers a healthy wheelbase figure of 2,980mm, which puts it directly in the league of a luxury sedan, say the E-Class from Mercedes-Benz.

So, all in all, the Mustang Mach-E looks nothing like a normal SUV or a Coupe-SUV, for that matter. But see one in the flesh, and despite its unique and very subjective reinterpretation of automotive proportions, the Mach-e also tells you something familiar.

To be more precise, notice some lines, badges, and the lights at both the front and rear at how well they strike a resemblance to the standard Mustang. The taillamps, specifically, resemble the units from the standard model by a huge margin, and personally, I think these are the biggest giveaway of the Mach-E that it sports the Mustang DNA, apart from, of course, the Mustang badges.

Notice closely, and one thing that comes to the eye is that how Ford has deliberately removed the conventional door handles in place for small buttons that pop open the doors. Press a button and step onto the interior.

And the first thing you’ll notice is how modern and radical the electric Mustang looks from the inside. It sports an all-black cabin with red highlights all over the place. The dashboard, overall, is a clean affair, apart from the central area, which houses a massive 15.5-inch infotainment screen mounted vertically. It also gets a rotary dial glued onto the lower half of the display for easy access and features a new Sync 4 operating system. Apart from that, there’s also a 10.2-inch digital cluster for the driver.

Mechanically, the car is said to be available with two battery configurations: Standard-Range (SR) & Extended-Range (ER). Where the former will be powered by a 75.7 kWh lithium-ion battery with a driving range of 338km, the latter will make use of a 98.8 kWh battery, with an expected driving range of 483km. The battery could be charged through liquid-cooling tech, which, aims to deliver optimized performance & charging.

At this point in time, it’s unclear which one of these versions will make it to the Indian market. However, there’s a word that Ford is planning to introduce the Mach-E to India by 2021 via CBU route. Also, grab the latest info on the new cars in India, only at autoX. 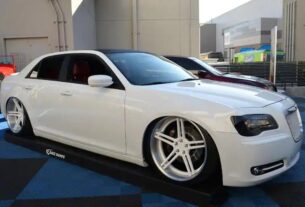 Quick Tips To Keep Your Car In Tip-Top Condition 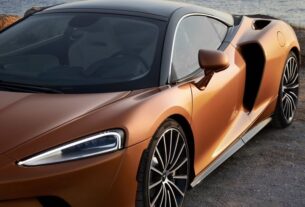